Send Thrill-Seeking VIPs to the Running of the Bulls 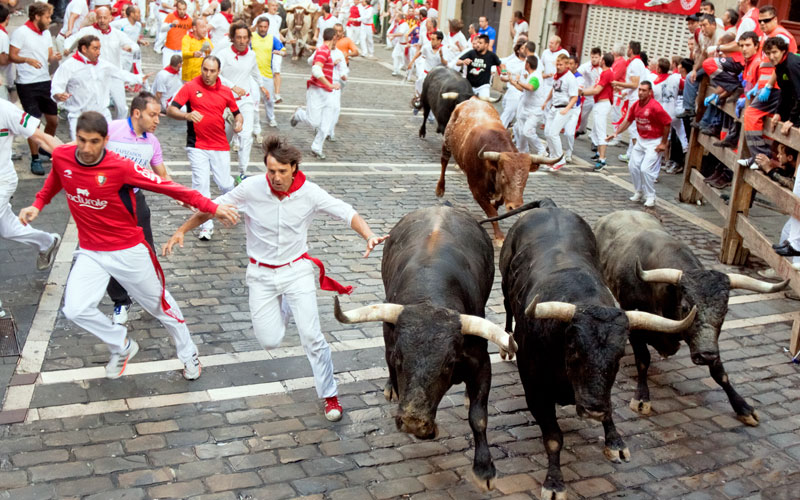 Send Thrill-Seeking VIPs to the Running of the Bulls

On your mark, get set...run for your life!

Next week (July 7th, 2017) marks the beginning of the Festival of San Fermín, a raucous 9-day celebration that today draws one million revelers to the medieval town of Pamplona, Spain each year.

Music, fireworks, partying and dancing in the street already make the fiestas of San Fermín a spectacle not to be missed - but the excitement truly culminates with daily bullruns known as encierro, or the "Running of the Bulls".

Think this experience would get the attention of your big clients and top performers?

Read on to learn the easiest way to send thrill-seeking VIPs on an unforgettable Spanish adventure.

A Tradition 700 Years in the Making

According to Spanish tradition, the Running of the Bulls began in the early 14th century as part of a celebration of patron saint San Fermín, Pamplona's first bishop who was martyred. The practice of "bullrunning" began as a practical endeavor, with cattle herders and butchers guiding bulls off ships to an enclosure in the middle of the night during the festival. Sometime after, the act became a feat of bravado, as more and more townspeople joined in on the run. 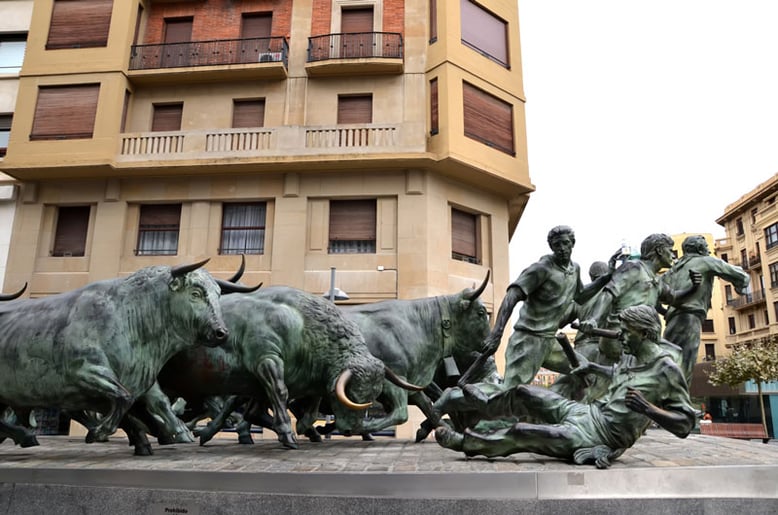 Today the festival opens every July with lavish opening ceremonies in Plaza Consistorial, outside Pamplona's City Hall. Thousands of people from all over the northeastern Basque region of Spain, and around the world, pack in to celebrate the start of Spain's largest festival at noon.

Each night ends with a nearly 30-minute fireworks show above the ancient Citadel, but the party continues all night long. The atmosphere is electric, in anticipation of what the morning will bring: the first bull run.

Experience the Thrill of the Run

Seeing a bullrun on YouTube or reading about it in Ernest Hemingway's The Sun Also Rises is one thing.

Being a part of hundreds of thousands of cheering onlookers, hearing hooves slam on cobblestone, and even participating and running for one's life, is something else entirely. 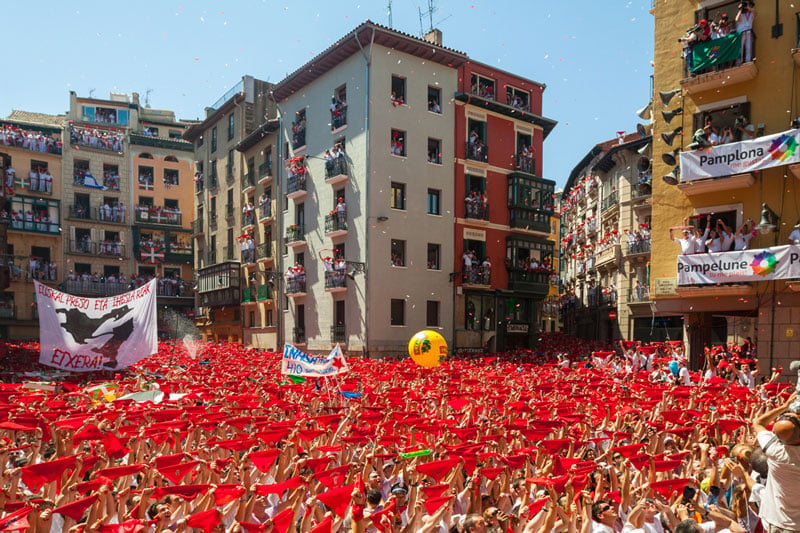 Runners and spectators alike come early, dressed in the traditional clothing of the festival: a white shirt and pants with a red neckerchief. Runners are armed with only a rolled newspaper to detract a bull.

Just before 8 a.m., runners singing a prayer for protection to San Fermín, in both Spanish and Basque. The enchanting song floats through the streets and has been described as a hair-raising experience in person.

Finally, at the stroke of eight, a rocket is set off to signal the opening of the corral and release of the bulls behind the pack of runners. The bullrun has begun! The run is 957 yards (2,871 feet, or just over a half-mile) long and goes through four windy, historic streets and one tunnel.

The run itself lasts an average of just 3 minutes - but the exhilaration and adrenaline has been said to last for hours.

And memories of Pamplona's encierro, called "the Super Bowl of bullruns," become incredible tales that participants will rehash for the rest of their lives. 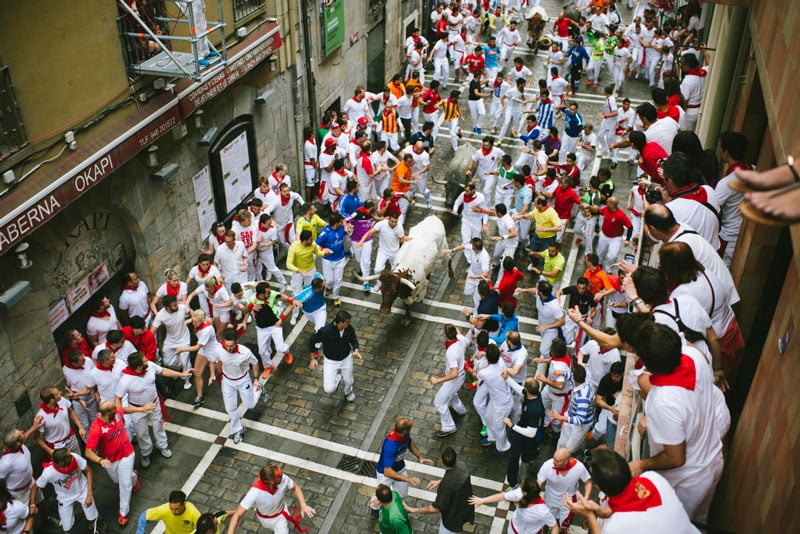 Send your VIPs to the Running of the Bulls

Think your big clients, C-suite executives or top sales teams would be motivated by the chance to experience the Running of the Bulls in person?

The 2018 Festival and bullrun takes place July 6 to 14, 2018. Winspire Experience Agency can arrange all the behind-the-scenes details to make this dream a reality, including coordinating travel, lodging, special requests, extended destinations in Europe and much more. And of course, it's entirely up to individuals whether or not they want to run with the bulls, cheer from the sidelines or take in a balcony view.

Your organization gets all the credit, and those most important to your business walk away with memories to last a lifetime. To find out more, leave a comment or click below to Contact Us.