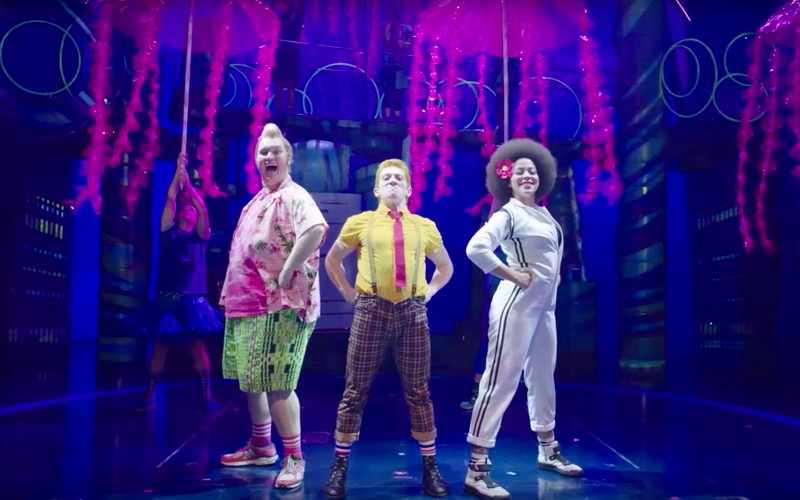 This Sunday, June 10th, the 72nd annual Tony Awards will be broadcast live on CBS from Radio City Music Hall.

The theatre awards show caps off a record-breaking year for Broadway box office sales, as top sellers Hamilton, Springsteen on Broadway and Dear Evan Hansen were joined by huge names like Mean Girls, SpongeBob Squarepants and Harry Potter and the Cursed Child to lift revenue more than 17 percent compared to 2017.

In today's post, learn more about this year's nominees, presenters and must-watch performances (The Boss himself!), plus details on how to leverage the continued popularity of Broadway to build your business.

72 Years of Excellence in Theatre

Known formally as the "The Antoinette Perry Awards for Excellence in Broadway Theatre", the Tony Awards were established to recognize outstanding productions and performances on the Great White Way. The award's namesake, Antoinette Perry, co-founded the American Theatre Wing. Held in the Waldorf Astoria with $7 admission, more than 1,000 people attended the inaugural ceremony in 1947.

The most-nominated show ever is Hamilton (2016) with 16, while the most-awarded show is The Producers (2001) with 12 wins. The most awarded performers in Tony history are Audra McDonald and Julie Harris with six Tonys apiece. The most awarded composer: Stephen Sondheim, with eight.

The Tonys form the final pillar of winning an 'EGOT', referring to people who have won an Emmy, Grammy, Oscar and Tony. To date, only 12 people can claim the prestigious distinction, including composers Richard Rodgers and Robert Lopez, and actresses Rita Moreno, Audrey Hepburn and Whoopi Goldberg.

"Broadway's Biggest Night" 2018 will be hosted by pop artists Josh Groban and Sara Bareilles, both of whom have extensive experience off and on Broadway. Groban had a lead role in Natasha, Pierre & the Great Comet of 1812; Bareilles wrote and starred in Waitress and helped compose SpongeBob Squarepants: The Broadway Musical.

Bruce Springsteen, star of sold-out Springsteen on Broadway, will give a rare televised performance during the show. He's also set to receive a 'Special Tony Award' along with John Leguizamo.

Another special award will be given out on Sunday as well - one you didn't know about: The Honors for Excellence in the Theater will go to Ernest Winzer Cleaners for 110 years of costume care.

Shows with the Biggest Buzz

One of the evening's most highly anticipated awards is Best Musical. Interestingly enough, all four musicals nominated - Mean Girls, SpongeBob, Frozen and The Band's Visit - are adaptations from movies or television.

Mean Girls and SpongeBob are tied for most nominations at 12 each, including Best Choreography, Best Score and Best Actor/Actress in a Musical. Both shows opened to critical acclaim. Regarding SpongeBob, Forbes writes: "Slater [playing SpongeBob] has done something incredible, bringing a cartoon to life with more wit and pathos than anyone thought possible, and has already garnered major awards for it.

Hot on their heels is the red-hot production Harry Potter and the Cursed Child. The two-part, six-hour play is up for 10 awards including Best Play and Best Scenic Design. "There's simply nothing else like it on Broadway, and [the] scenic work is a key part - the play takes us through dozens of locations, yet never once does it feel we're running in place," raves Forbes.

Exclusive Broadway for Your Incentive

Broadway experiences make irresistible incentive and corporate hospitality trips for top clients, performers and those most important to your business.

Winspire can provide access and exclusive perks to this year's hottest shows, including:

There isn't a show or experience we can't provide. Contact us below or leave a comment, and we will help you start brainstorming how to leverage the popularity of Broadway to build your business.