Let It Go: Send Your VIPs to Frozen on Broadway! ❄ 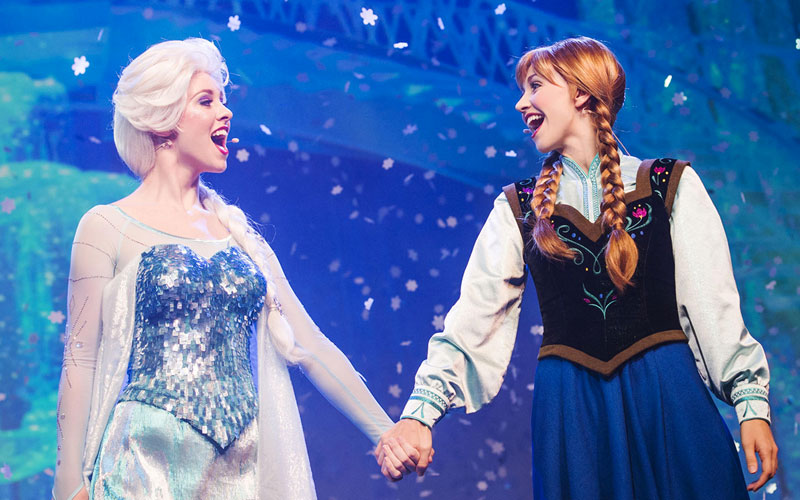 Let It Go: Send Your VIPs to Frozen on Broadway! ❄

You heard it here first: Frozen, the unexpected 2013 hit that raked in $1.3 billion worldwide, is coming to Broadway in the Spring of 2018! With more than twice as much music as the film, new characters and a veteran cast, tickets are sure to go fast.

Last week, we shared how incentives that accommodate families and plus-ones are all the more appealing - and Frozen is just about as popular with the kids as shows get.

Read on to learn more about the show, plus unique interactive experiences with Frozen cast members that turn an incredible show into lifelong memories for parents and children alike.

Just when you thought we had reached peak "Let it Go" saturation, it turns out Frozen fever is just heating up.

After a record-breaking box office run, two Academy Awards (one for Best Original Song "Let it Go" and one for Best Animated Feature) and a staggering $5.3 billion in merchandise by 2015, news about Frozen coming to Broadway pretty much broke the internet earlier this year. The film has a greater following than previous Disney screen-to-stage mega-hits Aladdin and even The Lion King, Broadway's biggest-grossing musical of all time.

Anna, Elsa, Olaf and Kristoff will be brought to life onstage at the St. James Theatre by original composer and lyrics team Kristen Anderson-Lopez and Robert Lopez. The duo has plenty of Broadway hits in their repertoire, including In Transit, The Book of Mormon, and Avenue Q.

This full-length stage work, told in two acts, is the first and only incarnation of the tale that expands upon and deepens its indelible plot and themes through new songs and story material from the film's creators. Like the Disney musicals that have come before it, Frozen is expected to run two and a half hours.

See our cast together in costume for the first time!

In addition to the musical, a feature-length film sequel has been comfirmed and set for release Thanksgiving 2019 - just another sign that the Frozen phenomenon shows no signs of stopping.

Think the children and families of your top performers, big clients, and other VIPs most important to your business, would be interested in seeing the magic of Frozen unfold before their eyes?

It's an understatement to say tickets will be extremely hard to come by, so they're a great idea as an incentive to your VIPs. Make the incentive truly irresistible by including unique, interactive experiences with cast members.

Following the show, Winspire can arrange a private in-theater meet-and-greet with a member of the cast.

@frozenbroadway is AMAZING!!! We had such a great time getting to see the show in Denver at the @denvercenter tonight! And meeting the cast was such a treat! Some of the kindest, most generous, and most talented individuals! A great night of theater indeed!!!! 💙❄️🎭💫

We can also provide priceless take-home goodies including a signed poster from the entire cast and souvenir gift bag for each child.

Finally, create a truly magical night with a one-of-a-kind vocal workshop: In a private studio, guests can enjoy an exclusive hour of vocal coaching with a featured cast member plus a Broadway vocal coach. Imagine what a difference it can make to a child to practice singing the beloved songs from Frozen, then as the curtain rises, to see and hear the songs come to life.

For more information, leave a comment or click below, and we will reach out with ideas to incorporate the Frozen frenzy into your business goals and incentives.